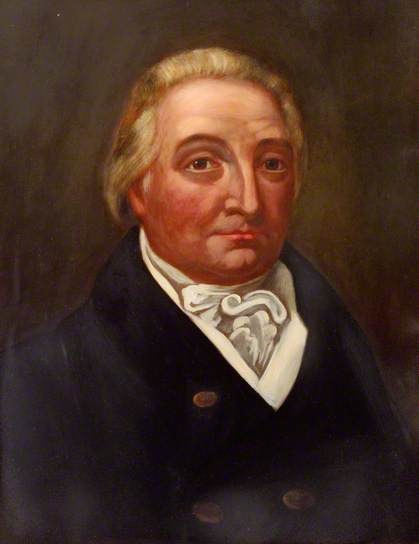 Broomhills was the 18th century home of John Harriott, one of the founders of the Thames River Police. He was born in Stambridge, in 1745, where his father, who had been in the Royal Navy and merchant marine, had settled a couple of years earlier. After a little schooling he was placed in the navy, served in the West Indies and the Levant, and was shipwrecked on the Mewstone Rock off the Australian coast.

Harriott served in the Seven Years’ War under Admiral George Pocock at the Battle of Havana (1762), and during the recapture of Newfoundland. After the peace of 1763 he joined the merchant service, went up the Baltic Sea, and, as mate, made voyages in the American and West Indian trade. He spent several months living among Native Americans in 1766 and then returned home.

In 1768 Harriott received a military appointment in the East Indies. He arrived at Madras in time to take part in General Smith’s operations against Hyder Ali. Subsequently he was posted to a sepoy battalion in the Northern Circars, where he also did duty as deputy judge-advocate and acting chaplain for some time. A matchlock wound in the leg, received when in command of four companies of sepoys sent against a rajah in the Golconda district, rendered him unfit him for further active service.

After visits to Sumatra and the Cape of Good Hope, he returned home about 1781.

Harriott married, and after trying his hand at underwriting and the wine trade, settled down as a farmer. In 1781–2  at great cost, he reclaimed Rushley Island, part of the Foulness group of islands. The island, of 200 acres, between Great Wakering and Foulness, was under several feet of water at spring-tides. He enclosed it with an embankment three miles long. He then erected farm-buildings and sank wells on it. For this project the Society of Arts awarded him a gold medal. They also gave him a prize for an improved road harrow for levelling ruts. Harriott at this time was a surveyor of roads and an Essex magistrate as well as a farmer. The island is now owned by  the MOD but it is still farmed.

In 1790 the destruction of his farm by fire brought Harriott to the verge of ruin. He emigrated with his family to the United States, where he remained in an unsettled position for some years, and then returned home again in 1795.

On 31 October 1797 Harriott, then described as of Prescott Street, Goodman’s Fields, in the county of Middlesex, patented an improvement in ships’ pumps, which was adopted in the navy, and he set up a small factory. He subscribed to William Pitt’s loyalty loan, and suggested improvements in the organisation of volunteer corps and sea and river militia.

Around 1797 Harriott prepared a scheme for the establishment of a river police force for the Port of London. He joined forces with Patrick Colquhoun and philosopher, Jeremy Bentham. Armed with Harriot’s proposal and Bentham’s insights, Colquhoun was able to persuade the West India Planters Committees and the West India Merchants to fund the new force. They agreed to a one-year trial and on 2 July 1798, the Thames River Police began operating with Colquhoun as Superintending Magistrate with an office at Westminster and with three special justices, one of whom, Harriott, was to reside at the police office in Wapping.

With the initial investment of £4,200, the new force began with about 50 men charged with policing 33,000 workers in the river trades, of whom Colquhoun claimed 11,000 were known criminals and “on the game”. Police cutters patrolled the River Thames. Crime was reduced but the force received a hostile reception by those dockyard and wharf workers not wishing to lose an illicit income. A mob of 2,000 attempted to burn down the police office with the police inside. The skirmish that followed resulted in the first death for the new force with the killing of Gabriel Franks.

Nevertheless, Colquhoun reported to his backers that his force was a success after its first year, and his men had “established their worth by saving £122,000 worth of cargo and by the rescuing of several lives.” Word of this success spread quickly, and the government passed the Marine Police Bill on 28 July 1800, transforming it from a private to public police agency.

Later in 1809 charges of fraudulent behaviour were brought against Harriott by clerks in his office but the case was thrown out by the King’s Bench in 1810.

In 1808 he published his autobiography “Struggles through Life”. Harriott continued his duties with the Thames Police until his health broke down some nine months before his death. He died at Burr Street, Spitalfields, on 22 April 1817 and is buried in the cemetery of Stambridge Parish Church